Showing posts from 2018
Show all

Having had a few cold mornings recently, the pace around the maintenance shop has slowed.  This slower pace allows everyone a few moments to reflect back on the long summer. Here's a quick recap of the weather we faced. The blue graph represents actual temperatures. The total number of days over 90 degrees and the flattening between Mid May and Mid October, indicate a warmer and longer summer than usual.  From the May 1 through Oct 10th the temperatures felt very "summer-like".  The lower graph represents rainfall.  Note the flatness of the line from early April to late May, indicating very little rainfall over that 6 week period.  Also note the two vertical shifts in the graph around mid June and early October.  These two rain events account for a large percentage of total rain over the last 4 months.  I estimate those two events were approximately 7 of the 18 inches since mid April. Overall, Bloomington has received 27 inches of precipitation this year.  For com
4 comments
Read more

Looking Ahead to Future Goals 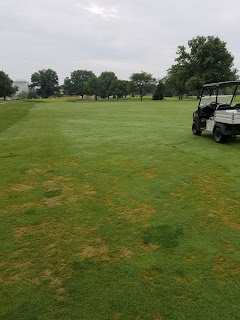 Consistency is the key to momentum. You get momentum by putting intentional effort towards a goal or vision, and eventually the compound effect takes over.* Our vision for WGC is to enhance the maintenance standards annually and provided quality playing conditions for all in the community to enjoy.  Some summers provide challenges to maintaining that vision. A specific example is our efforts to reduce our Poa annua populations in our fairways.  Every year we develop a agronomic plan that favors the growth of Bentgrass (the preferred fairway grass) over Poa.  The plan includes use of plant growth regulators, well timed fertilizer applications, reduced water use (Bentgrass is a more drought tolerant grass), and plant protectants.   Weather is a variable that impacts all the components in our plan and we have no control over the weather.  Over the past couple summers timely rains and moderate temps allowed Poa to continue to survive stress free, despite our efforts for slow eradi
2 comments
Read more 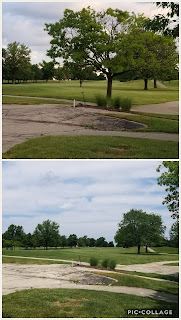 Aerification holes have healed.  The greens are slower due to the fertilizer we applied ahead of aerification, not applying plant growth regulators for 4 weeks,  and because of the mower 's cutting quality being ruined by all the sand.  Now that the sand is worked into the profile and the holes are healed, we put a freshly ground set of reels on the mower.  The quality will improve dramatically by Saturday.  We have also applied plant growth regulators again, which will limited vertical growth. Next week we will mow with the intent to remove excess growth and grain from the turf canopies.   In order to maximize removal of excessive growth, we will not be rolling the greens until Thursday.  The reason for this is because if we roll after a mowing, we lay the turf back down until we stand it up again the next mow.  Not a problem when turf growth is limited, but to heal quickly we encouraged a lot of growth.  By skipping rolling, we will cut out more of the excess turf each day.
Post a Comment
Read more

- May 17, 2018
With the onset of summer (I guess we skipped spring), my time gets stretched thin. I am going to try to keep posting updates, but they will be shorter and more to the point than my off season posts. I send weekly updates to our golf course leadership group and will included the pertinent information from those messages through this forum. Maintenance-wise we are back into a summer routine. The golf course is overall good and will slowly be coming into a more uniform color as all the grasses even out their growth patterns after plant growth regulation this spring. Detail work such as string trimming, bunker edging, and continuous rough mowing has now begun. Please be patient with the rough height and details. It will slow in a month or so, and we will be able to keep up and provide the details we expect. Overall, we are a little dry, but I prefer dry over wet this time in the year. It will build roots and handle the summer stress better. Greens will vary a bit from firm and
Post a Comment
Read more

Tournament ready; waiting on the weather...

- April 19, 2018
I, like many, have spent the last six weeks trying to figure out why Mother Nature still thinks it is February.  To support my claim, I dug into some weather data and found that the average daily temperature for both March and April is under 40 degrees (37 and 38 respectively)!! Soil temperatures for the state are averaging 44 degrees.  The historical soil temperature average is 55 degrees and the 10 year average is 57 degrees. So yes, we are all justified in saying IT IS colder than normal!!!  I hate to mention this, but I also found that the average daily temp for April 1-20, 2017 was 56 degrees! That's almost 20 degrees warmer. But, we are not doomed.  It will warm up.  I promise.  It reminds me of working with an Assistant Pro in Chicago, who when asked by members if it was going to stop raining would reply, "it always has..."  So yes, it will warm up, "it always has",  and when it does the course is going to be ready. The reason it will be ready is bec
Post a Comment
Read more

When is it time to open the Golf Course?

- March 16, 2018
Spring is an exciting time of the year.  There is a buzz and energy throughout the environment.  You sense it from people and pets on warm, sunny days. From an agronomic perspective, plants awaken, triggered by soil temperatures, day length, and other factors. Golf fans can enjoy watching Tour events on the West Coast and through the Southern U.S. and Florida; teasing the upcoming shift from cool and grey to warm and colorful.  For the Agronomic Team here at Weibring Golf club, we are anxious to get back to the servicing the turf, soils, and ornamental components of the golf course. We again look forward to analyzing how weather and people interact with our golf course environment.  Our first analysis of the season is deciding when to open the golf course. One approach we could use to make this decision is strictly the economic impact. This results in opening and closing the golf course throughout the off-season based on fluctuating weather. When air temperatures reach an accepta
Post a Comment
Read more

What do we do all winter? 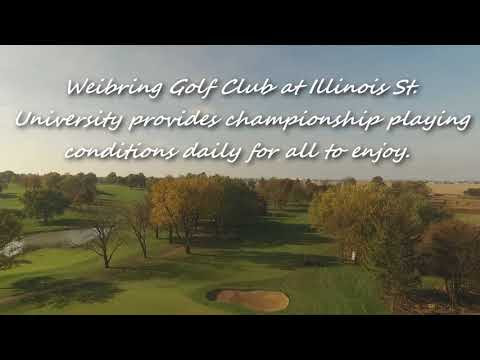 My favorite and most frequent question.  Each winter is different, but what we accomplish in the winter will setup our successes for the upcoming golf season.  Bottom line is that details matter.  We look for ways to improve the details in all aspects of our operations. Some of those details fall into course accessories.  Each winter we look at ways to improve the accessories on the golf course and training center.  In years past, we have crafted new tee markers, seed and sand boxes, and updated our recycling and trash disposal setups.  This year Corey Wisher, the Assistant Golf Course Supt., spent much of his winter handcrafting new range accessories.  His work includes new range dividers, pace-of-play clocks, and wooden "apple crates".  See below for the picture slide show of his work.  Its pretty impressive! The dividers will be used at the hitting bays at the Mounier Golf Training Center.  The pace of play clocks will serve as a Tee Time reminder for those warmin
Post a Comment
Read more
More posts

Travis Williams
I am the Golf Course Superintendent at Weibring Golf Club at Illinois State University. I have held this position since 2015. Prior to ISU, I spent 9 years in my hometown of Springfield, IL as the Golf Course Superintendent of The Oaks Golf Course. I graduated from the University of Illinois, Urbana-Champaign with a B.S. in Horticulture with a Turfgrass management specialization. I am married and have two beautiful daughters. 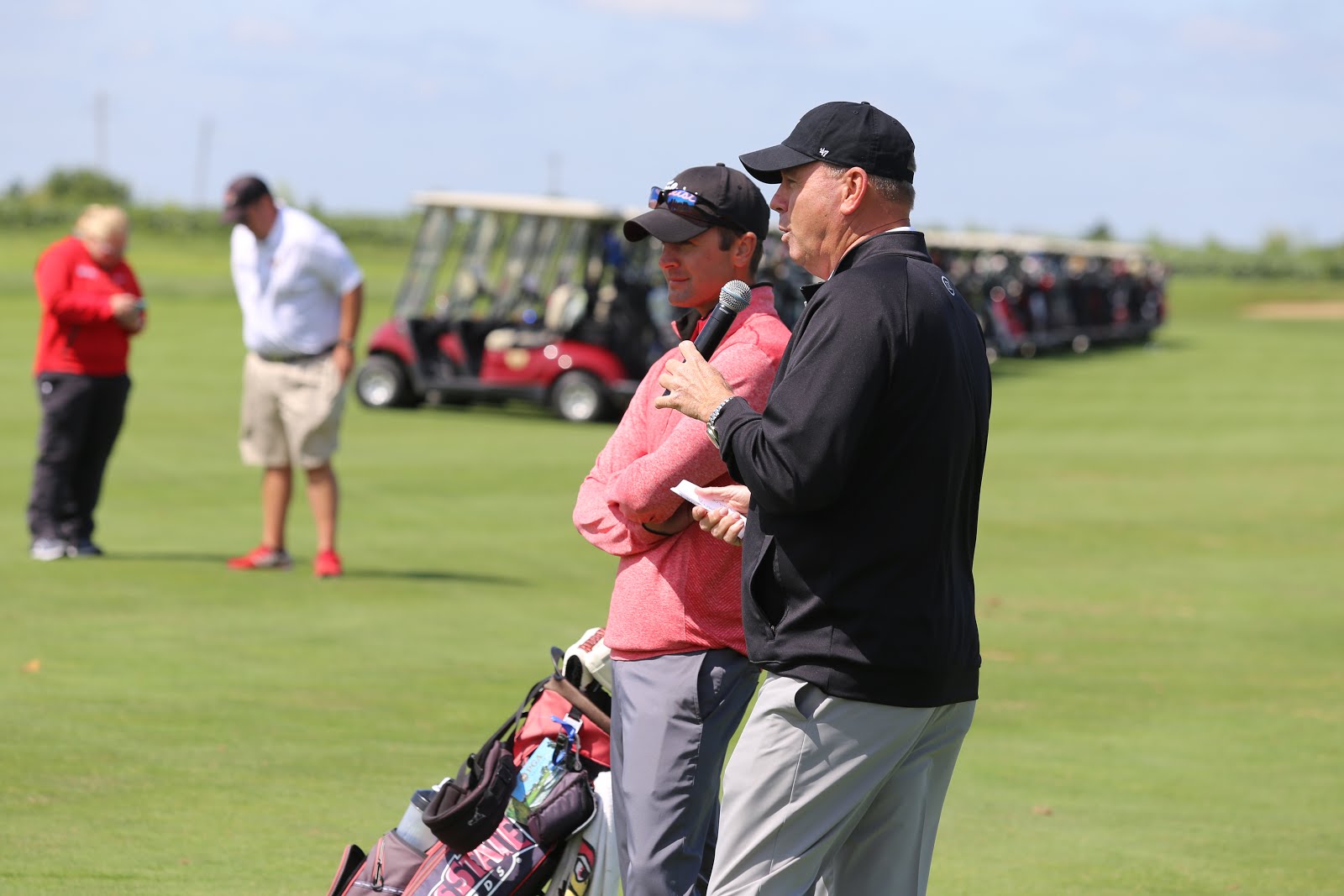 We wouldn't be where we are at today without the help of Alum and former PGA Pro D.A. Weibring